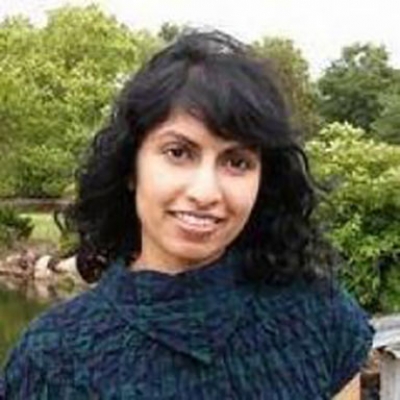 Professor Aarthi Vadde and Melanie Micir, an Assistant Professor of English at Washington University in St. Louis, are the 2020 recipients of the Florence Howe Award in English for their essay “Obliterature.” Professors Vadde and Micir collaborated on this essay, which was published in Volume 25, Number 3 of Modernism/modernity, the official journal of the Modernist Studies Association in September of 2018.

Rebecca Colesworthy, Editor for the SUNY Press, presented the award with the following citation:

“In this ambitious and timely essay, Melanie Micir and Aarthi Vadde push past an either/or antagonism between critique and post-critique that has been a centerpiece of literary studies for the past 10+ years. Turning to two feminist writers--Virginia Woolf and Kate Zambreno--they instead focus on a distinction between professionalism and amateurism. While nominally opposed to what we tend to recognize as expertise, amateurism, in their view, is also a source and site of expertise in its own right, albeit one that is not ensconced in, or fully supported or employed by, institutions such as the university. In this vein, the authors provocatively suggest that conceptual and material links might be drawn between the figure of the amateur and the figure of the adjunct. That they explicitly engage the issue of casualization and recognize it as a feminist issue is one of the essay’s major merits. So, too, is its effort to chart an alternative feminist approach to theorizing and evaluating the history and future of literary criticism. Perhaps most significantly, however, the essay prompted a fair bit of disagreement and debate among the awards committee--not about the essay’s caliber. There was no question about that. Rather, it raised important questions for us, as feminist scholars, about the stakes of focusing on the figure of the amateur at this particular moment, of comparing different institutional conditions of production, and of literary criticism in and beyond the academy right now.”

The Florence Howe Award is an annual feminist scholarship acknowledging two outstanding essays by feminist scholars, one from the field of English and one from a foreign language. These awards are given out each year at an event hosted by the Women’s Caucus during the MLA convention.  The Women’s Caucus for the Modern Languages is an allied organization of the Modern Language Association that organizes sessions at each annual meeting focusing on professional issues of concern to women.