The weekend of November 1-2, 2019, will mark the 10th Annual DEMAN (Duke Entertainment, Media, and Arts Network) Weekend at Duke.  DEMAN Arts & Media weekend is the annual signature event at Duke that brings together students and alumni interested in creative industries.  DEMAN Weekend is a resource for Duke students, alumni, faculty, and staff.

Many Duke English alums have returned to campus as guest speakers for DEMAN Weekend over the decade that Duke has been hosting this event.  During their return visits, these alums share their professional experiences with students and fellow alums.  This year's DEMAN Weekend lineup includes three Duke English alums.  Robb Chavis, ABC's black-ish,  (T'98), and Sean McManus, CBS Sports (T'77) will serve as two of the five members of the 2019  DEMAN Weekend Keynote Speakers panel.  Maria Kuznetsova, novelist, OKSANA, BEHAVE (T'08) will be the featured speaker for the session, "Writing Through Rejection: How to Publish a Novel in Spite of the Slammed Doors," which is being presented by the Duke English Department.

Schedule of English Alums Participating in the 2019 DEMAN Weekend 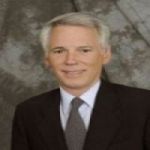 Sean McManus, CBS Sports (T'77) was named Chairman, CBS Sports, in February 2011, overseeing all sports properties across all CBS Sports operations. He also serves as Executive Producer of THE NFL ON CBS. McManus served concurrently as President, CBS News, and Sports for more than five years before being named Chairman. He was named President, CBS Sports, in November 1996 and President, CBS News, in October 2005 and is only the second person to hold both Division titles simultaneously. During McManus' more than 22 years as Chairman and President of the Division, CBS Sports has become the year-round leader in network sports television. McManus began his career in 1977 at ABC Sports as a production assistant and associate producer. In 2010, he was inducted into the Broadcasting & Cable Hall of Fame. McManus is the son of the late legendary sports broadcaster Jim McKay. He was graduated cum laude from Duke University in 1977 with a degree in English and History. 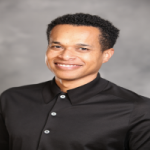 Robb Chavis, ABC's black-ish,  (T'98) is a comedy writer, working on broadcast shows across several major networks including "black-ish" on ABC, "Superior Donuts" on CBS, and the NBC shows "Truth Be Told" and "Bad Judge". Robb is a graduate of Duke University with degrees in Public Policy and English and Harvard Law School and began his legal career as an intellectual property attorney at King & Spalding in his hometown of Atlanta, Georgia. He left the law firm and moved to Detroit, Michigan, to become Vice Chairman of Legal Counsel and Operations of an advertising agency. Robb currently lives in Los Angeles. 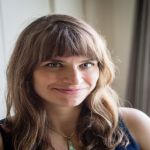 Maria Kuznetsova, novelist, OKSANA, BEHAVE! (T'08) was born in Kiev, Ukraine, and moved to the United States as a child. After graduating from Duke with a degree in English, Kuznetsova earned an MA in fiction writing at the University of California Davis and an MFA from the Iowa Writer's workshop. Her debut novel, OKSANA, BEHAVE! was published by Spiegel & Grau/Random House in 2019. Her fiction and non-fiction appear or are forthcoming in McSweeney's Quarterly Concern, The Southern Review, Guernica, The Threepenny Review, Crazyhorse, Slate Magazine, and elsewhere.

She lives in Auburn, Alabama, with her husband and daughter and teaches for Auburn University. She is at work on a second novel, which will be published by Random House in 2021.  She is also a fiction editor at The Bare Life Review, a journal of immigrant and refugee literature.

DEMAN community supports connections between alumni and students working in and/or interested in creative industries through mentoring, internships, and job opportunities.