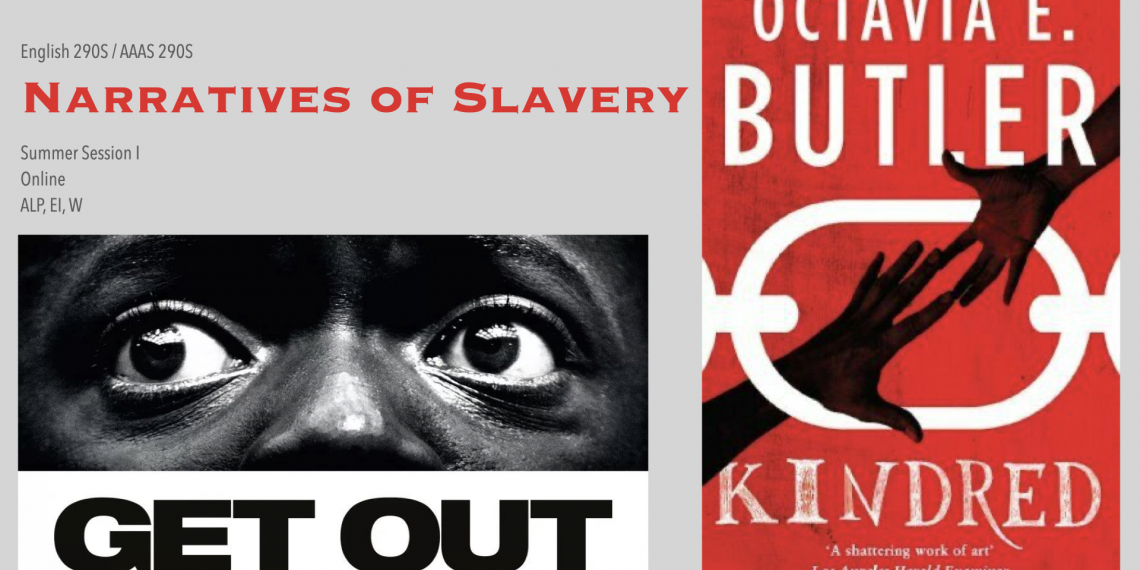 Note: Online course. Synchronous meeting schedule will be determined based on student availability.

How do you tell the story of an indescribably horrific experience, and what are the consequences of telling this story in different ways? This course aims to answer these questions in the context of chattel slavery by taking a capacious approach to the idea of “narratives of slavery.” This means that, first, we will scrutinize texts from various genres for their differing approaches to telling the stories of slavery, examining the conventions, affordances, and limitations of autobiographical narratives written by formerly enslaved people, of fictional accounts written by contemporary authors, of theorizations of slavery from the seventeenth century to the present, of film portrayals, and of statistical renderings of slavery’s quantitative data. Second, this course will approach slavery from an interdisciplinary perspective, with readings from the fields of literature, history, political theory, cultural theory, law, and computer science. Finally, we will engage in comparative analysis of the temporally and geographically specific manifestations of transatlantic slavery in Britain’s empire and the United States.

In exploring our class materials, we will debate sticky, high-stakes questions. Is slavery antithetical to liberal democracy, or is it the basis on which our society was founded and continues to operate? How do intellectual and artistic creations engage with trauma, and are there “right” and “wrong” ways to go about (re)writing slavery’s horrors? Do the specificities of categories like race, gender, nationality, geography, and temporality change what we mean when we talk about slavery? And who has authority to speak and write about slavery?

Expectations for the course are centered around energetic reading and incisive writing. Assessment will be based on discussion leadership and participation, short weekly reading responses, and a final creative project. No exams. Course codes: ALP, EI, W. Cross-listed English and AAAS.