In 2018, basketball star Zion Williamson responded to claims that he was nothing more than a viral video sensation by asserting, “I’m more than just what you see on YouTube.” Williamson’s quip resonates beyond his own participation in college basketball; in fact, it calls us to question how athletes—and the organizations they’re a part of—participate in, form, support, and even resist society.

In this course, we will ask: what role do athletics play in the contemporary global society? How do narratives of sporting events interact with our understanding of race, gender, class, and sexuality? How does writing

about athletics become a way to address social concerns and confront inequalities? And, in a world in flux, why do sports matter so much to us?

In order to answer some of these questions, this course will look at a variety of textual materials, beginning with sports journalism (in newspapers and on social media) on issues like CTE, Title IX, paying college athletes, and discrimination in sports organizations. We will also turn to texts like Bernard Malamud’s The Natural, Michael Chabon’s Summerland, selected poetry of Jack Spicer, and Franklin Foer’s How Soccer Explains the World: An Unlikely Theory of Globalization (2004). Finally, we will consider media like the baseball documentary Kokyakyu, ESPN’s 30 for 30: Michael Vick, Bend It Like Beckham, Dear Basketball, and legal texts from Cohen v. Brown University (Title IX) and Fraser v. Major League Soccer (among other cases).

Students will use their own writing as the primary method of inquiry; they will complete short weekly responses, a persuasive op-ed (2 pages), a brief podcast or media script (5 pages), and a final essay that uses research, rhetorical strategies, and creativity to situate the role of sports in society (8 pages). We will also have writing workshops that aid in the entire writing process (from pre-writing to final draft).

What counts as “proper” or “standard” English? In January 2020, the Oxford English Dictionary sparked debate about this question when it introduced 29 Nigerian words into the dictionary. Nigeria is but one among over 60 countries across the globe that recognizes English as one of its official languages. From Singlish in Singapore to Eurenglish in European countries, English language speakers from multiple locations have adapted, appropriated, and diversified English to respond to their local realities. But can speakers of pidgin or creole English be called “native” English speakers? What marks the distinction between a native and nonnative speaker?

In this course, we will explore how contemporary novels have opened, complicated, and pluralized the notion of standardized English. We will ask whether it is possible to own a language, the connection (or lack thereof) between birthplace and fluency, the negotiation of linguistic resources in relation to identity, and the construction of linguistic and geopolitical hierarchies. Our inquiry into the polyvocal landscape of World Englishes will be conducted by close reading novels, which may include: Chang-Rae Lee’s Native Speaker (1995), Junot Díaz’s The Brief Wondrous Life of Oscar Wao (2007), Amitav Ghosh’s Sea of Poppies (2008), and Chimamanda Ngozi Adichie’s Americanah (2013). We will also be watching a few films, which may include: Bend it Like Beckham (2002), The Namesake (2006), Coco (2017), and episodes of the sitcom, Kim’s Convenience (2016-).

*Assignments: weekly online blog posts (~250 words), a literacy biography (3-4 pages), argumentative essay based on close reading of in-class text (5-7 pages), and a longer final paper (analytic or creative, 8-10 pages). *No exams. *No prerequisites. *Students from all linguistic and cultural backgrounds and majors are welcome!

Topics vary by semester; emphasis on development of writing skills. 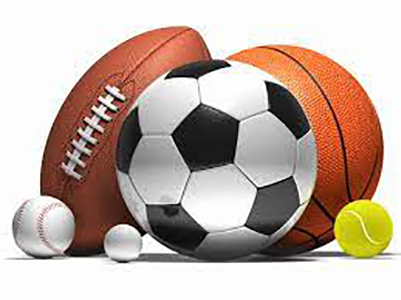