In college I interned twice at Focus Features in New York City. I realized then I had a passion for Film and TV, and how it is made. I moved out to LA after graduation and took a paid internship at Illumination Entertainment. Illumination had just released the animated movie DESPICABLE ME and was working away on THE LORAX and DESPICABLE ME 2. I did errands, stocked the kitchen and welcomed guests at the reception desk. After about 4 months I landed a job at International Creative Management (ICM), a full service Talent Agency in Century City. ICM reps some big name talent, like Samuel L Jackson, Woody Allen, Vince Gilligan, Shonda Rhimes, etc. I worked for three motion picture literary agents as their assistants. First for a fellow Duke alum Aaron Hart and then for the Head of the Department, Nicole Clemens. Nicole left for a posting at FX so I moved over and worked for Harley Copen, who took over for her. I realized on Harley's desk I didn't want to be an agent, it's too structured, and there wasn't enough creative work to keep me excited. I got a job off Harley's desk working for my current boss, Andrew Lazar. Andrew's company Mad Chance Productions is based on the Warner Brothers lot where he has a first look in Film and TV. I was his assistant for a year until he promoted me to Creative Executive. At that point I was able to bring in projects and work more fully on existing ones, be that finding writers to adapt books or looking for films to remake. And meeting with writers, directors and actors who excite us. After about a years and a half as a CE I was promoted to Director of Development, my current title. As a development executive at Mad Chance I've been able to bring in a multitude of exciting projects such as IT'S WHAT I DO, Pulitzer Prize winning photojournalist Lynsey Addario's autobiography which has Steven Spielberg attached to direct and Jennifer Lawrence starring with Peter Craig adapting for Warner Brothers. I also brought in QUEEN OF THE AIR, based on the true story of the 1920s romance between famed acrobats Lillian Leitzel and Alfredo Codona, which is set up at Warner Brothers as well. I am working on a number of other exciting projects, such as LORE with Dwayne Johnson starring, IQ83 with Charlie Kaufman adapting and Steve Carrell starring, and an as yet untitled dramedy starring Chris Hemsworth. In the past I've had the privilege of working on films such as AMERICAN SNIPER and MORTDECAI.

My job involves an unbelievably large amount of reading and writing. I had no idea before I set down this career parth how many books, scripts, treatments, graphic novels, and the like I'd have to consume. And my job is not only to consume these materials, but also to articulate my thoughts in a precise and engaging fashion. I feel as though studying English at Duke gave me an instant advantage over my competition when I got to LA. I also feel more well read than most in my field. For example, right now I am reading a fantasy comic that takes place in a world in which a man is stuck in a world comprised entirely of places derived from famous novels. If I hadn't taken Victorian Lit, I never would have caught on to the fact that Lizzie Hexam is the name of the heroine from Charles Dickens' 'Our Mutual Friend'. And because I have this wealth of knowledge I am all the better at my job. And for that I am fortunate. 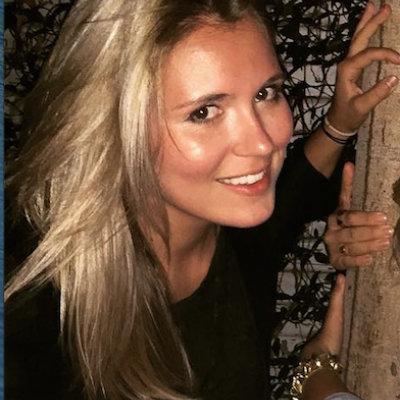