Riché Richardson is professor of African American literature in Cornell University’s Africana Studies and Research Center who was born and raised in Montgomery, Alabama. In 2001, she received a Ford Foundation Postdoctoral Fellowship. Her interviews have been highlighted in news media such as NBC’s The Today Show and Nightly News, CNN, Al Jazeera’s Newshour, and the New York Times. Her Op-Eds have appeared in the New York Times, Public Books and Huff Post. She has published nearly 40 essays in journals and edited collections. Her first book, Black Masculinity and the U.S. South: From Uncle Tom to Gangsta (Athens: University of Georgia Press, 2007), was highlighted by Choice Books among the "Outstanding Academic Titles of 2008." Her new book, Emancipation's Daughters: Reimagining Black Femininity and the National Body, was published in 2021 by Duke University Press. She is the editor of the New Southern Studies book series at the University of Georgia Press. She is also a visual artist whose art quilts have been featured in several solo and national exhibitions. Fields: African American literature, black/Africana studies, Southern studies, gender studies, cultural studies and critical theory.

How has your PhD at Duke shaped your work life?

I’m thankful to have been trained in a department where so many bold, innovative, exciting, provocative and nationally impactful intellectual projects were underway, and to have been mentored and influenced by faculty, including public intellectuals, so frequently positioned at the vanguard of the discipline who were doing such cutting edge work in their fields; I learned a lot from witnessing a range of intellectual formations that crystallized in the premier English department at Duke. Indeed, one of the greatest blessings in my life is having been admitted to such a dynamic English department, and I will always be thankful for the opportunity to study there. Such backgrounds helped pave the way to my current work as a scholar in an Africana studies department that theoretically launched the discipline and bridges scholarship and activism, a legacy that deeply inspires me as a black Southern woman born and raised in the birthplace of the civil rights movement, Montgomery, Alabama, and who has supported contemporary movements from Black Lives Matter to #SayHerName. Moreover, the community of outstanding scholars at Duke helped pave the way for scholars like me to engage in public dialogues and debates in the media at the national level, and to produce public scholarship that incorporates principles of community engagement, scholarship designed to help advance the humanities. Those values are also mirrored and reinforced in my work and public outreach as an artist. All of it reflects my commitment to making a difference. Finally, I’ve always loved books, but being in a PhD program in such close proximity to Duke University Press, where some of our department's faculty and many other scholars were publishing such exciting books, made all the difference in my intellectual development and was also very stimulating. It is part of what helped to make me a passionate bibliophile so deeply invested in books.

Black Masculinity and the U.S. South: From Uncle Tom to Gangsta (2007) 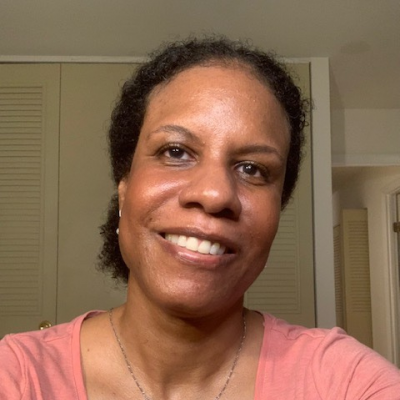