Ranjana Khanna proffers the dual concept of Geschlecht-translation in order to reconsider, with Derrida and Laplanche, the role of sexual difference in psychoanalysis. She argues that culturalist notions of gender assignment and the blind spots of Freudian theorizing too often produce a hypostatized and binaristic understanding of sexual difference. Psychoanalysis tends to view sexual differentiation as the ur-difference, one that excludes, even erases other differences such as race, class, sexuality, and ethnicity. It posits the sexed body and the sexual binary as originary, neutral terrains on which gender and other cultural norms are inscribed. Khanna seeks to problematize this neutrality-the zone of indistinction imagined as the polymorphously perverse "sexual"-questioning the neuter status of the signifier itself.

Registration is required; however, we encourage anyone interested in the work of English faculty members to participate. Professor Khanna will provide some opening comments at the session, followed by Q&A and open discussion.

END_OF_DOCUMENT_TOKEN_TO_BE_REPLACED 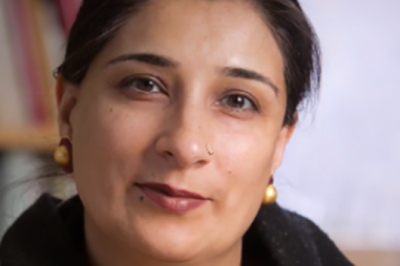