In collaboration with Screen/Society, the Franklin Humanities Institute is happy to announce an international film series on Antigone as part of its World Arts series. The films selected are not strict adaptations, but each takes up the themes of political violence and contested burials in ways that resonate with the ancient tragedy.

Set in the aftermath of the brutal war between Fujimori's government and Shining Path in Peru, The Milk of Sorrow tells the story of Fausta's efforts to take her mother's body back to her village for burial. Like Creon, in Sophocles' ancient tragedy, Antigone, Fausta's uncle is opposed and wants the body to be rather quickly buried in the courtyard of his house. Songs, according to some, the most important in ancient tragedy, also have a special place in this film. It is through Fausta's mother song that we are introduced to the sexual violence of Peru's civil war and its long-lasting effects on indigenous women. It is through Fausta's own song, that we are also led into the aftermath of that colonial violence, when wealthy pianist, Aída, who is struggling to complete a new piece for her recital, non-consensually appropriates Fausta's song, who depends on Aída's money to pay for her mother's funeral.

END_OF_DOCUMENT_TOKEN_TO_BE_REPLACED 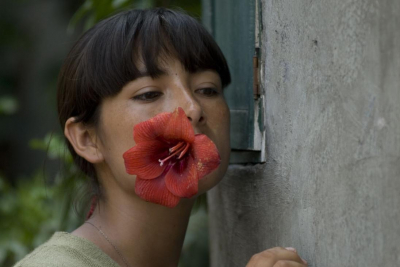