The computer running your spaceship has turned homicidal; you have crash landed on a planet run by talking apes. Your little sister can read your mind; your future is revealed in the DNA sample taken moments after your birth. From space travel to time travel, from mind control to genetic manipulation, from aliens to sentient robots, no genre has more fully captured—and influenced--the relationship between important scientific discoveries and profound geopolitical and social transformations than science fiction. It registers the anxieties and hopes, the terror and the anticipation that comes with scientific innovation and social change. This class will consider science fiction film from its rise in the 1950s through the present. From its earliest years, science fiction film offered an important mode of engaging profound social changes and of imagining ethical responses to them. In its depiction of the future or of other worlds entirely, it offered a template for rehearsing a variety of outcomes for contemporary dilemmas, from the cultural negotiations of the multi- galactic crew of the starship Enterprise in Star Trek to the consequences of genetic determinism in the sterile world of Gattaca. And it staged explorations of human potential and limitations in the Atomic Age through such scenarios as the discovery of alternate universes and mental dimensions, the implications of human evolution and the creation of artificial intelligence, encounters with alien beings and worlds, and the ultimate unthinkable that was never really far from the human imagination: the consequences of full-scale nuclear war or environmental apocalypse. Since its proliferation in the post-war period, this cinematic genre, with its fantastical settings, imaginative plotlines, and inventive special effects, has dramatically registered collective responses to the radical scientific innovations and geopolitical transformations that have characterized the second half of the twentieth century and the first decades of the twenty-first and has forged new mythologies for the contemporary world.

This class will be organized around the relationship between scientific innovation and social and geopolitical transformation: how, for example, the threats of nuclear war and the exhaustion of environmental resources, discoveries in virology and genetics, and the innovations in cybernetics intersect with decolonization and global development, race relations, and new social and geopolitical configurations. We will explore how science fiction film registers and responds to the contours and uncertainties of a changing world: to the challenges to the concept of human being and to the survival of the species. We will consider both how the films stage the dilemmas emerging from scientific and social change and how they posit responses to them. We will explore the cinematic innovations, the social criticism, and the mythological imaginings of science fiction film.

Science fiction film from the 1950s to the present. From talking apes to mind control, forbidden planets to genetic dystopias, alien invasions to travel in time and space, an exploration of classic films in the genre with attention to how the films imagine the relationships among science, politics, and society over time. Attention to visual as well as literary story telling. 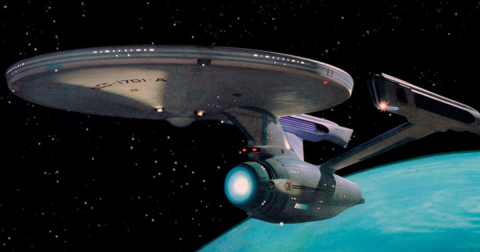