I am an author and financial journalist who writes frequently about Wall Street, the economy, investing strategies, financial markets, financial institutions, and retirement income issues. I am a contributing writer for Institutional Investor magazine. For nearly 30 years I was also a senior writer for Mortgage Banking magazine. In 2011 Praeger (ABC-CLIO) published my book on the 2008 financial crisis titled Black Box Casino: How Wall Street’s Risky Shadow Banking Crashed Global Finance. The London website emolument.com, which tracks and benchmarks compensation in the financial industry, named Black Box Casino one of the Top Ten Investment Banking Books it recommends to young people who want a better understanding of the banking industry. I have lectured on the financial crisis and business ethics at the Carey Business School of Johns Hopkins University in Baltimore and Washington, D.C. I have also written about the economic and fiscal impact of population aging. From 1999 to 2003 I served as director of research for the Global Aging Initiative at the Center for Strategic and International Studies (CSIS) in Washington, D.C. CSIS published three books I authored: The Fiscal Challenge of an Aging Industrial World, The Macroeconomic Impact of Global Aging, and Hard Landings: Global Aging and Financial Markets. I traveled to China to study the impact of population aging on the course of China's economic development and wrote a book on what I learned titled Aging China: The Demographic Challenge to China's Economic Prospects. That 2005 book was jointly published by Praeger Publishers and CSIS. Prior to my work at CSIS, I served for a decade as Washington correspondent for Plan Sponsor magazine, a magazine devoted to employer-sponsored pension plans. From 1985 to 1988 I was a writer for the newsweekly magazine Insight in Washington, D.C., covering business and foreign affairs, traveling to France, Britain, Northern Ireland, Germany (east and west when the nation was divided during the Cold War), Hungary, and Canada on assignment. A selection of my more recent works can be found at my website: http://robertstoweengland.com

Reading and studying great works of American and English literature inspired and energized my creative impulses and helped create a lifelong desire to gain knowledge and understanding of the world around me in all its complexities and mysteries. As such, it has been contributed to my success as an author and journalist, as I have tackled many difficult and challenging issues and subjects in my career. My studies while earning my degree also impressed upon me the importance of precision in the choice of words. It also made me forever aware of the extraordinary range of words in the English language available to convey both information, descriptions, emotion and insight. I still recall "epiphanies" I felt as a student in my understanding of the human condition while taking courses in Chaucer, Shakespeare, 20th Century English Poets, 19th Century English Novelists. My freshman course in English literature remains with me today. I recall reading and enjoying such novels such as Joseph Conrad's Heart of Darkness and E.M. Forster's A Passage to India. I fondly recall discussing with fellow class mates William Butler Yeats’ poem "The Second Coming." I cherish what I learned about the writing craft in a course in creative writing under the legendary Professor Blackburn. Being an English graduate from Duke University has enriched my life and given me a broader perspective on the world than I would otherwise have. Employers and clients have valued that perspective and it has helped me succeed in the many assignments that have come my way. 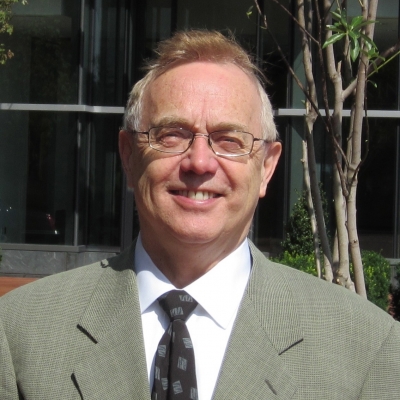